Tap Dancer and choreographer
Receiving various grants from the Catalan government (Spain) he studied tap dance in New York, where he was taught by famous dancers such as Brenda Bufalino, Barbara Duffy, Savion Glover and others.
In 1993 he won 1st prize at the World Tap Championship in Switzerland organized by the International Dance Organization. During Christmas 1995 Guillem appeared as tap soloist for the show Yuletide Celebration, accompanied by the Indianapolis Symphony Orchestra. Later on he toured across the USA and Europe with several of the best American tap companies, the American Tap Dance Orchestra, Manhattan Tap, Tap Collective from New York and Steps Ahead from Los Angeles.

Guillem lives in Barcelona where he performed and created numerous works including choreography for the show That’s Jazz, created for the opening of the new theatre Scenic Barcelona, has choreographed tap numbers in the last production of the musical Fame in Madrid, and also for the Monty Payton’s Spamalot. At home, Guillem has started tap improvisation sessions, Tap Jam, since 1998, and never stopped since then.

During the seasons 2000-02 he was tap soloist in the successful production of Fire of Dance, touring all around Europe. He choreographed tap solos and duets, one of those being the captivating Sand dance. This is a style of dance that he has performed with many companies and is one of his trademarks.

He is also the founder and director of Barcelona Rhythm Tap company. Guillem is a member of Camut Band tap and percussion company, where he is one of the creators of their shows Kiting-Kita, Sonoritats and La Vida Es Ritme – Life Is Rhythm, in which he continues to perform. It has enjoyed success in dance festivals in Edinburgh (Scotland), Toronto (Canada), New Haven (USA), Greenwich (Great Britain) and Tàrrega (Spain). This show was on Broadway (NY) performing at the New Victory Theatre and on the West End (London) at the Lyric Theatre.

He is one of the creators and performers of the new shows Boogie Woogie Tap and Tap Olé,. Lately he has created the new show Tapeando, which has toured Germany and performed at the London’s Peacocks Theatre May 2011.

As a leading member of the tap community Guillem has introduced and motivated a new generation of tap dancers in Barcelona. He has got the Dansacat 2010 award for the recognition to his work as a dance artist from Catalonia.

Now, he is directing his own dance school Luthier, with lots of tap workshops and a special training program for professional tap dancers coming from around the world.
Web: www.tapole.com, www.camutband.com, escolaluthier.wordpress.com 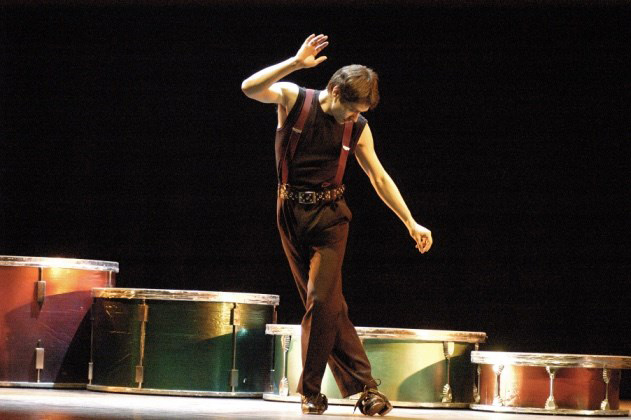