Groomed by tap and vaudeville stars of the 1930’s, tap dance artist Joshua Hilberman has shared the stage with Gregory Hines, Savion Glover, Jimmy Slyde, Brenda Bufalino, and most every tap dancer of note.

Long-time artistic collaborations include mentors Bufalino and tap’s great pianist Paul Arslanian. Together with dancer/producer Drika Overton, and the German duo Tap and Tray, Josh has been creating and performing original ensemble and solo theatrical productions for over 25 years.

Hilberman’s contributions to the evolution of tap dance receive mention in the 2010 book Tap Dance America, and he has been awarded grants from the National Endowment for the Arts, the US Presidential Scholars Teachers Recognition Award, and the Premi Claqueta from the dancers of Barcelona, Spain for significant contributions to the tap community. Since 2013, he has been living in Liege, Belgium with his wife Stéphanie and vibrant baby boy, Félix. Together they run the Claquettes Club, a center for tap dance in Belgium. Information at www.claquettesclub.be.

“…after modest opening remarks, he became the zany tap wizard he really is, dancing in half a dozen styles with costumes of ever-escalating weirdness…With the inventive pleasure of all great tappers, he can throw a complex tornado of steps into the ground, but he can also fling a leg out in space to suspend the beat, or skim bodily across distances without suppressing the rhythmic storm that’s going on in his feet.”
– The Boston Phoenix, March 4, 2008

“An avant-garde tap dancer challenging conventional performance ideas while wearing very little in Dusseldorf. A new-vaudevillian in a bright pink tuxedo, jumping around on small drums. An award-winning choreographer working with dancers at Wayne State University in Detroit. And the traditional ukulele-strumming, kazoo-playing, tap-dancing one-man band. All are incarnations of Chapel Hill native and current Boston resident Josh Hilberman, who, said the late great Gregory Hines, is “one of the best of the new generations of tap dancers.”
– The Chapel Hill Herald, June 10, 2005

“That was far and away the best use of shading I’ve heard from a tap dancer in 50 years. Ask a musician, they’ll know what I mean.“
-Showbiz legend Fred Kelly (Gene’s brother), Chicago 1994 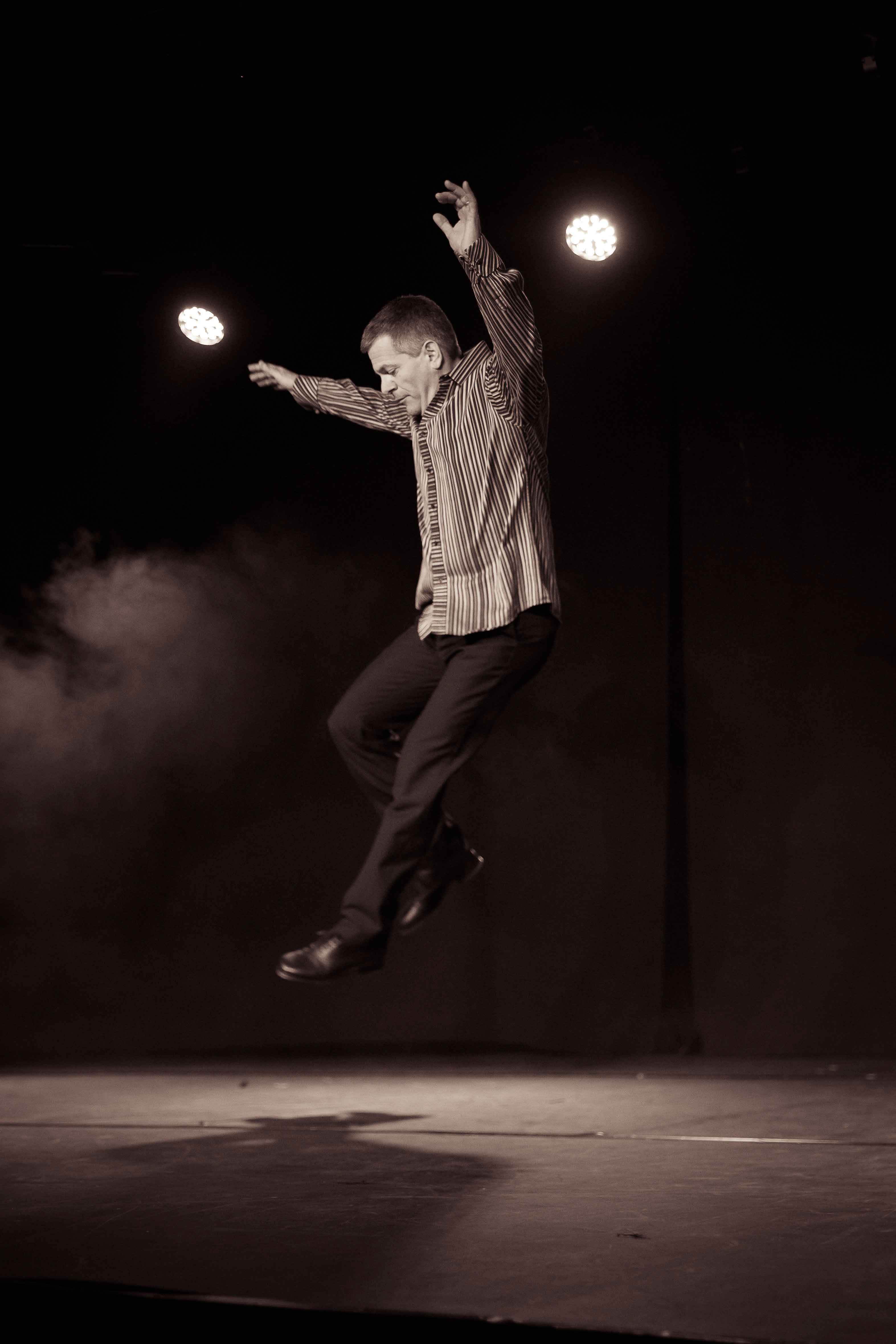