Tap Dance, Body Percussion
LeeLa Petronio is a franco-american tap dancer and body percussionist. She is a choreographer, teacher and producer and has been part of the European cast of STOMP since 2001. She is artistic director of the Hip Tap Project, a percussive dance ensemble whose work blends rhythm tap, hip hop, body percussion and live music.

LeeLa studied with tap masters Sarah Petronio, Jimmy Slyde and Steve Condos. Over the years, she studied and shared the spotlight with Tap greats Honi Coles, Cholly Atkins. Chuck Green, Savion Glover, Gregory Hines, Ted Levy and Lon Chaney at different festivals. Her eclectic approach has led her to participate in many different projects which include: performances with the Cirque du Soleil in Italy, a tap concerto performed with a symphonic orchestra at the Paris Opéra Comique; Soul to Sole Festival in Austin, the Joyce Theater for New York’s “Tap City”. She has perfomed for the International Body Music Festival in San Francisco, Sao Paulo, Istanbul and Terni. She was invited as guest performer with the Jazz Tap Ensemble at the Salzburg Jazz Festival and with the acclaimed French singer Camille at the Cirque d’hiver. In 2012, she was part of the Olympics closing ceremonies with STOMP.

In Paris she has performed in such venues as the Quai Branly Museum in Paris, Jamel Debouze’s Comedy Club, the Festival of Urban Cultures of La Villette, the Maison des métallos… She performs regularly in Sarah Petronio’s “Jazz in Motion” and “Thelonius” (New Morning in Paris, Jazz venues in Europe, “Perth International Arts Festival” in Australia, “Tap Dance Day 2004” at the Kennedy Center in Washington, Duke on 42nd street for Tap City in NYC…).  She is part of the international cast of a new show “Body Music – hear dance, see music” directed by Keith Terry which premiered October 2016 at the Maison des métallos in Paris.

LeeLa has taught rhythm tap and body music workshops in Europe, Brazil, Senegal, Australia, Turkey Israel, and at many of the international tap festivals in the USA. In France she works regularly with professional multi-disciplined dancers at the National Center for Dance amongst other places, has developed a percussive dance program for music and dance teachers and is very active in youth outreach programs around ryhthm. She produced the 8th edition of the International Body Music Festival in Paris in October 2016. 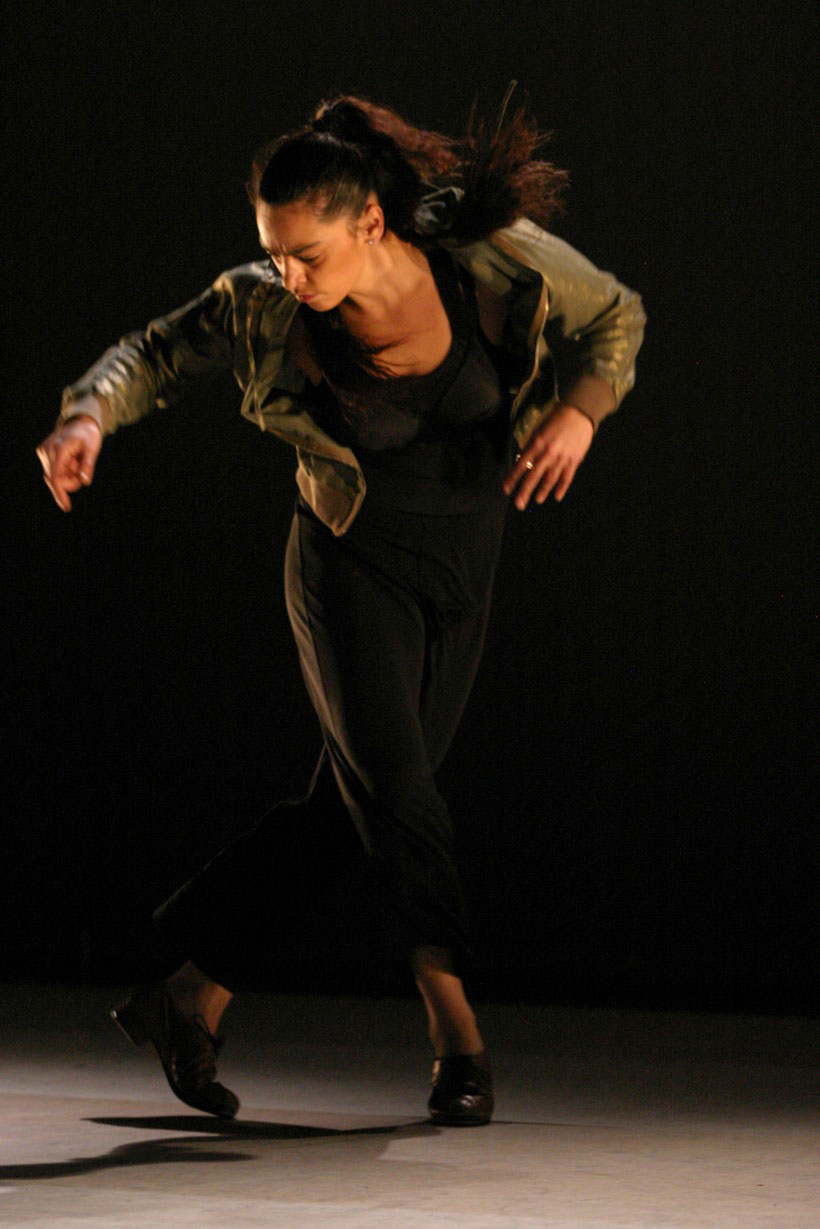